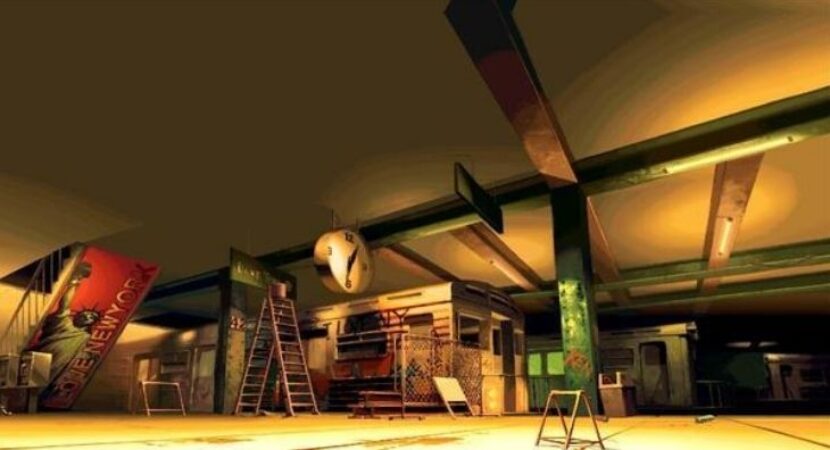 Street Fighter III: Third Strike Online Edition comes with a greater legacy than many home video games coming out. Who doesn’t remember feeding quarters into the arcade machines for the original? It’s been 20 years and more since then. Does the latest edition deliver the same great punch (to say nothing of roundhouse kicks) as the first one?What is the true definition of a classic? Is it the truckloads of cash that the game pulled in during its first week? The amount of cartoon monkey statues it won at the VGAs maybe? How soon it ends up on a T-shirt at Game Stop or Hot Topics? Perhaps it’s how quickly it can be put on the fast track for a big screen adaptation? Well I certainly hope that’s not the criteria for breaking into the Video Game Hall of Fame, which for the life of me, I cannot figure why one doesn’t really exist.

Criteria of the game

I think the criteria for a classic is in point of fact quite easy. Do people still play the game? In the multitude of fiefs that comprise the twisted world of geekdom, I’d have to say that outside of comic book fans, the most ardent and loyal fans of their respective domain are gamers. And I think that exists because of the origins of video games. While comic books have existed decades before Pong first bounced around our screens, arcade games (as us old timers like to call them) required those of us who may have been a bit socially deficient to go outside and engage others in joystick combat.

Main theme of the game

Comic nerds never had to leave their room — except to buy more comics, that is. Besides, the last time I checked, reading isn’t exactly a team sport. But I digress.What makes a game a classic? Do people still play the game, or merely talk about it while they wax nostalgic? I know for a fact that’s there’s not a gamer alive that would ever consider the Street Fighter franchise anything but a dyed-in-the-wool classic, deserving of a seat right at the head of the fighting game pantheon.

Before I get into the review, let me geek out myself for a bit. If I just so happened to be on the board of directors for that mythical Video Game Hall of Fame, Street Fighter would absolutely be at the head of that table, right next to Mortal Kombat. Any game that survived the slow death of the arcades as well as the Sega-Nintendo Wars of the nineties is officially grandfathered in as far as I’m concerned. And any franchise that survived not one but two atrocious (I’m talking about Street Fighter now) trips to the big screen, and survived the casting of both Smallville and Jean-Claude Van Damme, is a mofugging juggernaut.

Street Fighter was one of the first big fighting games, and now, twenty years later, it’s still one of the best, due in no small part to its simplicity. The fact that it remained true to its cartoony anime roots and still manages to pack more gratification and replay value into two dimensions that most games pack into three is no accident.Here’s a question for the thirty-plus crowd: do any of you remember how many fighting games were floating around when we were in high school after Street Fighter II came out? Most of them easily boasted graphics that made SF look like it was done in watercolors. Mortal Kombat was the first real competitor because it was so different from Street Fighter. If MK was Looney Tunes, then Street Fighter was Disney with its style of game play. Then MK begat Tekken, who begat Virtua Fighter, then Killer Instinct, Primal Rage, SoulBlade, Eternal Champions (remember that one?!); the list goes on and on. And now I ask you, how many of those games are still around today?

So let’s finally get to what made you click, which is the review of Street Fighter III: Third Strike Online Edition (yes, that’s the official name but I’m sticking with SFIII, if it’s all the same to you guys). SFIII is a blast. Of course it is; what else have we come to expect from the team over at Capcom?There’s a bunch of new characters, but if experience has taught us anything, it’s that they all can’t be winners, and in that regard, SFIII hold true to tradition. (What’s with the French guy and the dude in the trench coat?) The developers of this game clearly had every intention to pay homage to the original as well as throw in some bells and whistles for newer generations.

The thirty-somethings will almost squeal in acne-ridden adolescent glee at some of the playing modes, including a classic arcade mode that throws a square, beveled screen, complete with CRT scan lines. The only thing missing was the joystick. And there’s a setting to keep the game play at original 4:3 mode. Where do I put the quarters?The newer fans to franchise will undoubtedly love the online gaming feature, and I have to admit that I got a kick out of that as well. I was even able to play a few rounds with an old buddy of mine from high school who lives over a thousand miles away. I still kicked his butt, by the way. The only drawback I found to that feature was that the game would freeze up and get jittery with slower connections; otherwise, the online game play was near seamless.

SFIII has a training mode for any of you out there who haven’t had a twenty-year head start on honing your fighting skills. This feature will absolutely come in handy learning the two-dozen or so characters at your immediate disposal. The seasoned players will be very pleased to discover that, in spite of all the fancy new features and characters, the fighting still requires the same split second timing that it has always taken to pull off those spectacular ultra-super-mega combos at just the right moment. And the old crew looks tan, rested and better than ever, as you will see with the retro cool arcade style character select screens. The replay value on this will be insanely high, even if you just want break out those old combo moves or learn some new ones.

A lot of things have changed since the good ol’ joystick days, and that’s not a bad thing. I just have to admit that I was pleasantly pleased to see that an old friend like Street Fighter hadn’t forgotten where it came from. After all, when you have a legacy for fighting games, like Street Fighter does, you have some big megabytes to fill. Just think: without SF, the probably wouldn’t have been awesome versus games like Marvel vs. Capcom, Mortal Kombat vs. DC Universe or Super Smash Brothers Brawl. They’re good clean fun for the kid in everybody.

Street Fighter has never aspired or strived to be anything other than what it was, and that’s a darn good ol’ fightin’ game. As we all know, Capcom doesn’t like to rush their titles or crank out sequels like Tyler Perry films. Street Fighter III: Third Strike Online Edition is no exception; it’s the next step in the natural progression of the successful franchise. Time may one day prove me wrong, but I feel will be seen as one of the best in the franchise. So strap on your gloves and FIGHT!!