Ico and Shadow of the Colossus Collection Game Review

by Jacob Warrior
in Apps, Games
0

Do you demand that your video games involve your feelings as well as your trigger finger? Do you want your games to be as artful as they are exciting? Then Ico and Shadow of the Colossus just might be the games for you.

“Art” and “video game” are two terms that you never expect to hear in the same sentence. In fact, it almost sounds like an oxymoron. When both of these games were originally released nearly a decade ago, back in the Jurassic Era of PlayStation 2, they were so well received that some might argue that they almost single (or double) handedly created a whole renaissance of artful video game titles such as Uncharted and The Last Guardian. And the studio that developed them, Sony Computer Entertainment’s Japan Studio became affectionately known as “Team Ico.”

Ico and Shadow of the Colossus deliver the type of gaming experience that forces players to feel as much as they think. They engage us with such well-layered gaming that our brains are challenged as much as our thumbs. Both Ico and SotC combine the cleverness of the best third-person adventures  with complex puzzle solving. I think it would be fair to say that most Team Ico games posses that special quality — whether it is lonely castles, bittersweet goodbyes, or finding the inner courage to fight for something greater than yourself. It’s the type of experience that any gamer who enjoys some plot with their games should not miss.

Breakdown of the stories for both games

Here’s the breakdown of the stories for both games. The player controls a boy cleverly named Ico, cursed by being born with horns on his head, and locked away in a remote empty castle by his village. Eventually, Ico manages to free himself and comes across a frail little girl named Yorda, who is being pursued by shadowy creatures that are trying to kidnap her to their shadow realm. Ico helps Yorda to escape, ultimately discovering that her mother the Queen, in a very “Flowers in the Attic” sort of way, is trying to use her own daughter to extend her own life.

Shadow of the Colossus

Shadow of the Colossus is widely considered a sequel to Ico, even years later stated as such by one of game’s creators, Fumito Ueda. As a player, you control a young man named Wander who’s on a mission for the deceased love of his life, a woman named Mono, back from the dead.  Yes, Mono. As we all know, some things are indeed lost in translation. Wander lives up to his namesake by going on a quest to kill not one, not two, not even ten but sixteen gargantuan beasts called Colossus — or is it Colossi? With the help of his trusty steed, Argo, he tracks each beast to its lair, destroying them one by one. However, unbeknownst to our beleaguered hero, he’s slowly being overcome with the remnants of the beast’s dark energy, though he stays true to his quest to be reunited with Mono.

While both games became critically acclaimed successes upon their release, they were both fundamentally different in terms of plot and game play. Shadow is considered to be what’s called a spiritual or informal sequel to Ico, which is to say that Shadow features many of the same elements, themes, and styles as its source material, Ico. (For a video example, look at Red Dead Revolver and Red Dead Redemption; for a film example, John Hughes or Kevin Smith films).

Mission and game play of Ico

The mission and game play of Ico is fairly simple and clear-cut throughout. Keep Yorba safe and sound from harm or capture. As a player, you do so by employing basic platforming and melee combat, with some environmental puzzles thrown in there for good measure. Yorba’s well-being is your primary concern.

Of the pair, Ico definitely wears its age on its sleeve; the game play is about as hand-holding as you can get, and the gaming mechanics tend to lead to just as many accidental deaths as you might get from just fighting your enemies. The complexity of the puzzles that the game puts you through unquestionably lack the ingenuity of any current equivalent. 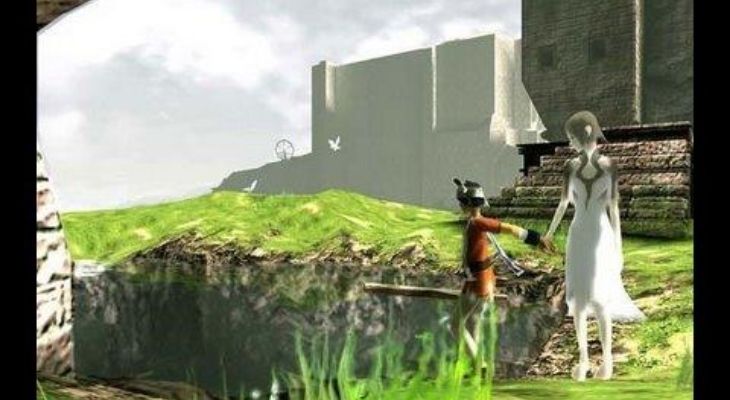 The most frustrating aspect of the game

And bar none, the most frustrating aspect of the game is the subject of the actual mission itself, Yorba, who seems to wander aimlessly almost intentionally at times. Most tag-along characters, at least most current day tag-alongs follow the primary character with the loyalty of a German shepherd. Yorba’s character simply lacks that native intuition. You’d think she’d be more grateful.  Ico absolutely brought a significant change to gaming as a whole, but that is certainly one area that came up wanting. There are literally times that you wish you could just nudge her over a cliff and go and catch happy hour at a nearby Ye Ole Pub.

Shadow of the Colossus, on the other hand, is a completely different gaming experience. It’s still a third-person play, but it runs much more smoothly, as well it, should through the natural progression of a game’s development. The technical aspects are even better than the original. With the addition of stereoscopic 3D and Trophy support, it adds a level of polish to the game that almost makes you forget that these games are a decade old.

In Shadow, Wanders wanders a desolate landscape in the quest for his lover’s soul. It’s a bittersweet mission, to be sure, and one that adds pathos to a game that would have been much less evocative in lesser hands. Wander must track down and defeat the 16 Colossuses that are hidden throughout the forbidden lands. This is a bold choice for this type of game, especially when you consider that most games would never have the hero wander through such desolate surroundings without giving him or her plenty to do or kill while they fulfilled their mission.

Exploring the forbidden lands of Shadow of the Colossus inspires a strange and interesting feeling of isolated freedom. Battling the Colossi rewards you with a rich sense of accomplishment that feels like more than just racking up a body count or experience points. It makes each of your battles with the Colossuses a virtual catharsis.

Both games serve as elegant reminders that video games can indeed do more than sharpen our hand/eye coordination and rot our brains. They can be just as creative and engaging as any other visual medium. This combo pack will be a welcome journey down memory lane, as well as a welcome addition to any gamer’s shelf.

Tags: Shadow of the ColossusTheme of the game

Understanding the Importance of Data Mining

How to Choose The right Corporate Gifting Company