The Samsung Galaxy S3 has received many revolutionary features, on this page you will find each of them with a description. Some features the competition does not offer and this makes this king of phones a unique piece in the market. The biggest news is the S Voice voice output and the biggest surprise is the support for wireless charging.

S Voice is a new voice assistant that can do almost anything you command. It can set an alarm, search for information on the Internet, find out the current weather forecast and much more. Samsung is definitely going against Apple’s Siri with this feature. Do you think that S Voice is better than Siri? Share in the discussion below.

S Beam is actually a nice hidden name for NFC support. For example, if you want to send a picture to another phone, just bring the two devices closer together and tap the display. You can transfer music, movies, pictures, and websites. If the other device is also a Samsung Galaxy S3, the transfer is really fast.

Smart Stay is a great improvement. Did it ever bother you that the display of your phone went out just when you wanted to read a few more lines and so on? The Smart Stay function is here and it explicitly follows you. The front camera monitors your eyes and thanks to that the phone recognizes that you are still reading. It will never happen again that the display goes out while it is still lit. 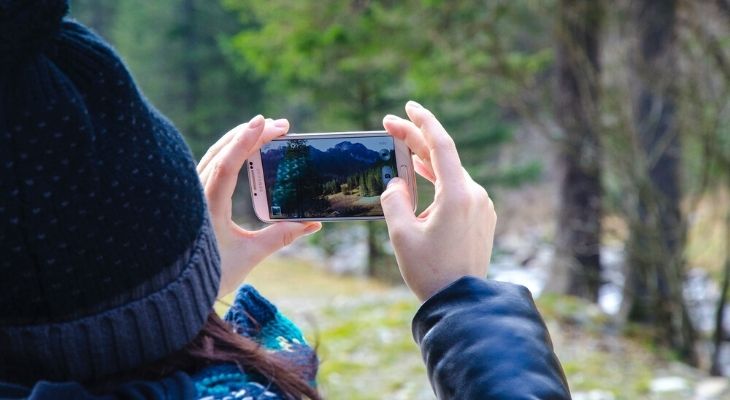 Smart alert is a nice feature that notifies you of missed events (call, sms) after you return to the phone and start working with it. Samsung Galaxy S3 simply vibrates and that’s why you know that someone called or wrote to you.

Has it ever happened to you that when writing an SMS you decided to call the person in question? With the Direct call function, just lift the phone to your ear. You don’t have to worry about anything, the number of the person you wrote the SMS will start to be dialed automatically.

When viewing photos in the gallery, the status of each person taken will show their status from the social network. The phone software can recognize people in a photo. This feature is called the Social tag and can of course be turned off so it doesn’t interrupt when you don’t want to.

The AllShare Cast function allows you to share the current events of your mobile phone display on the TV screen. The transmission is via WiFi and the TV must support this feature. You can use it, for example, when viewing photos or playing games, it’s great to play your favorite android game on a giant screen.

After you take a photo of your friends, your phone will process the photo and try to recognize the people in the photo. As soon as one of your friends is in the photo, an offer to share the photo with the person taken will appear on the screen. So everything is fast and your friends will appreciate the fact that they have current pictures from you.