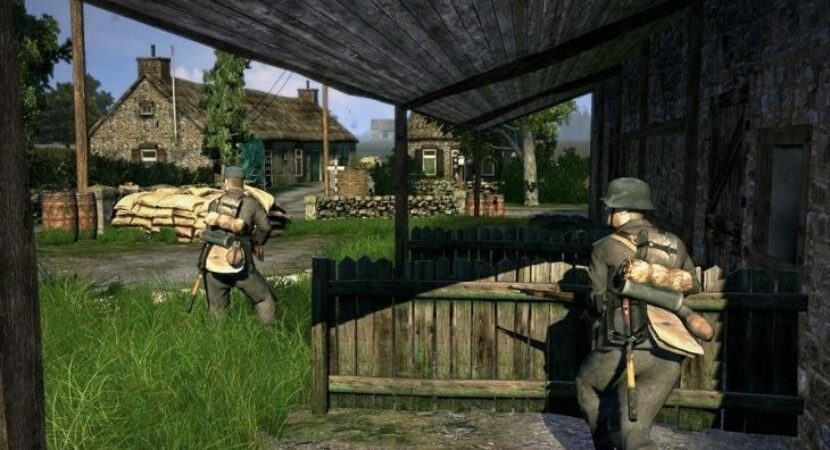 Do you enjoy war-based first-person shooters? Would you like to play in a realistic setting? Are you looking for a challenging game that makes you work for every kill? Then Red Orchestra 2: Heroes of Stalingrad might be right up your alley.

First person shooter (FPS) games have been a staple for gamers since the 8 and 16-bit days of the early nineties, with games like Wolfenstein 3-D and Doom. It’s an excellent technique that put you literally in driver’s seat of the action, giving us that “in the moment” experience that other games could not. Since those early days, the games have only gotten better, in terms of graphics and storytelling. It’s brought us titles such as Half-Life, Quake, and how can anyone forget the unstoppable juggernaut that is Halo?
With the inclusion of the Internet, we can now literally interact with just about anyone on the planet — well, anyone with a decent Internet connection and suitable bandwidth. FPS games have taken us from the farthest reaches of the galaxy to the front lines of the wars of yesteryear. Generally speaking, the first-person shooter shares common traits with other shooter games, which would fall under the larger umbrella of any other shooter action game. However, from the inception of the genre, FPS have led the charge when it came to challenging the advancements of graphics, interface and hardware development, 3D or otherwise. They made the advent of multiplayer gaming an integral part of the gaming experience.This is the same think-tank that brought us the first Red Orchestra as well as 2009’s The Killing Floor.

If you haven’t played or even heard of the first game, then you can probably glean from the title that this game is more along the lines of historically themed games like Medal of Honor and Call of Duty. So instead of pissed-off demons or tyrannical aliens, players will be facing down the baddies of a real life battle.
The Battle of Stalingrad, now called Volgograd, was a major battle fought during the latter days of WWII in which Nazi Germany, along with its allies, fought the Soviet Union for control of the city of Stalingrad located in southwestern Russia. The “battle” was more like a small war that lasted over five months. It was one of the most brutal and bloodiest engagements in modern history, with a final body count, both military and civilian, somewhere in the neighborhood of two million. Pretty hardcore.
So those of you gamers who prefer a controller to a keyboard, you’ll be out of luck here.

Red Orchestra’s realistic take on the World War II first-person shooter is meant to be played with others. So if you’re looking for a single-player experience, then this is not the game for you. However, the single-player campaigns can be a useful training tool for a player, as long as you can forgive the weak AI of your teammates in 1-player mode.
The team will take cover on the wrong sides of walls, blindly charge directly into machine gun fire or just run in circles.

Be that as it may, as a multiplayer game experience, Red Orchestra 2 can be quite outstanding. It’ll be challenging to find a more intense, rewarding style of play than this one the market to date. And that is saying a lot.
The game starts in an engaging fashion as you watch the authentic 2D animated cut-scenes, complete with voice-over, that precede each mission to provide context. These propaganda films are very reminiscent of the victory news reels of the 40s that Americans played in movie theaters. These provide information about the war and give the game a contextual nuance that feels very real.

You have two choices of gameplay: either defend your territory from waves of attackers, or overtake and capture a sequence of spots on a map. In the territorial control mode, where you have to hold your ground, there can be as many as 64 online players at one time.
There is an almost OCD level of detail when it comes to the authenticity of warfare, that often had the game feeling much more like a combat simulator than a video game. And unlike other bullet-hail shooter games, Red Orchestra truly embraces the “one shot, one kill” philosophy of gameplay. One bullet is often enough to kill, so you need to take extreme care during every second of online play if you want to score points and survive.
And don’t count on any fancy scopes or cross-hair sights to help you pick off your enemies.

Effort to complete a mission

Due to the effort involved, kills aren’t frequent, but all the more rewarding when you manage to score one. A first-person shooter that focuses on quality instead of quantity? Who knew?
There’s no instant respawning during a campaign either. If you get killed, you stay dead until the mission is complete. You’ll have trouble even finding a target, let along managing to stay alive for significant stretches of time. At no point can you afford to cowboy up your game like you can in other titles.