Rumors are heating up around the upcoming release of Apple’s iPhone 5. Is it worth waiting for, and what might it offer to push you towards making the upgrade? Keep reading to find out.

Apple has certainly been successful in gaining such a massive through its highly popular iPhone, iPad, and iPod products, among others. This success has managed to generate plenty of buzz each time the company plans a new release, and the iPhone 5 is no different. It seems as if the iPhone 4S was released not too long ago, but that has not stopped tech gurus and industry followers from hyping up the possible features that the iPhone 5 may offer once it finally hits shelves. We will discuss some of those supposed features here to help you determine if the iPhone 5 is worth the wait.

When it comes to the iPhone’s design, some consumers are probably satisfied with its simple, yet sleek form factor, while others are hoping for some new changes with the smartphone’s next release. The iPhone 4S was not exactly a huge departure from the design of its predecessors,

In terms of size, iLounge, a site that specializes in information on various Apple products, believes that the iPhone 5 will feature a design that is 20 percent thinner than the iPhone 4S. This would shave the device’s bulk down from the 9.3mm thickness of the iPhone 4S to 7.4mm, making it even easier to fit into tight spaces.
As for screen size, Apple might be feeling the pressure to enhance the iPhone’s display from its current level of 3.5 inches up to somewhere in the neighborhood of 4 inches. Doing so would help the smartphone compare favorably to many Android devices that are shipping with displays of 4 to 4.5 inches. While the overall display size is expected to increase, some believe that the width will remain the same. What this translates to is an extra row of icons in a single view for easier navigation. Columns, however, would remain unchanged. You can also check Bayside Mac Repairs for the best repair service.

One possible improvement to the iPhone’s durability could come from Liquid Metal Technologies. Apple acquired rights to one of this company’s materials in 2010 that is said to be elastic and more durable than the glass backing currently used on the iPhone. Such an addition to the iPhone 5 would be a plus, as would the integration of carbon fiber into the phone’s body. Apple filed carbon fiber patents, and its usage would not only add strength to the design, but would also allow Apple to inject color.

The last design rumor worth noting is one that would probably not be welcomed by iPhone followers. Some believe that the iPhone 5 will feature a new dock connector that differs from the current 30-pin connector found in earlier editions of the iPhone. Supposedly carrying the form of a pill, this new dock connector would make new connectors/adapters for charges, speakers, and the like a necessity. 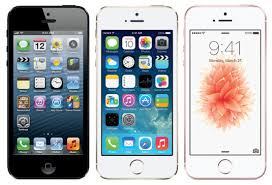 What’s under the hood is extremely important, and the iPhone 5 should see performance improvements over its predecessors. Apple’s latest release of the “new iPad” came equipped with a snappy A5X processor, so it is not out of the realm of possibility to believe that the iPhone 5 will feature an A6 processor and a gig of RAM. As with most predictions at this point, this is purely speculation, but past trends certainly make it a possibility.

In addition to a better processor, the iPhone 5 should include even faster LTE data connections. 4G LTE connectivity with the iPhone 5 looks to be a strong bet thanks to the latest iPad, and this would likely attract many consumers who need smartphones that provide all-in-one functionality while on the go.
Of course, adding a larger display, faster processor, LTE, and more will impact any smartphone’s battery, so look for Apple to respond with an improved battery in the iPhone 5 to handle such spec changes. At the very least, the iPhone 5 should offer the same battery life that the iPhone 4S does.

The aforementioned predictions have a good chance of coming true, so what are some of the more outlandish rumors that have been making the rounds? Some have said a 4.6-inch iPhone display will become a reality, but that seems too drastic and would affect portability. Other predictions for the iPhone 5 involve a holographic keyboard, a 3D display without the need for special glasses, and an integrated holographic projector. Such rumors may be fun to think about, but don’t get your hopes up, at least with the next edition of the iPhone.

The more time passes, the more rumors will pop up. Rumors and speculative discusses about Apple products may entertain some, while driving others crazy. So, with that being said, when can you expect the iPhone 5 to finally be released?

Apple has a habit of holding developer conferences in San Francisco during the month of June. These conferences often featured new iPhone reveals, but last year was a different story. The iPhone 4S was not officially announced until October, so the same could be expected for this year. Some believe an announcement may come during June, but that could be too ambitious. Since the next iPhone is expected to come with iOS 6, which has not even been released yet to developers, keep an eye on a release date sometime around October, although September release date rumors have been heating up as of late.